Every one of these awards mean so very much to me that mere words cannot convey the pride and the thrill that I felt upon receiving each one of them! I thank each and every one of you who have taken the time to visit and find this site derserving of your award! 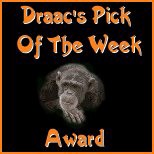 This award is from Paul. August 10, 1999 - Heartfelt thanks my very dear friend! 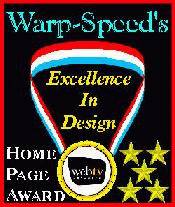 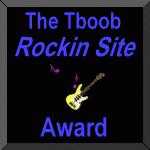 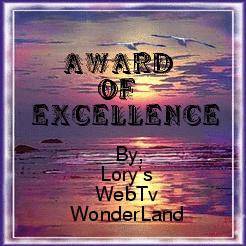 Thank you Lory, I truly appreciate this award!

This award received 5/3/2000! Many thanks Ghostwriter for this one! 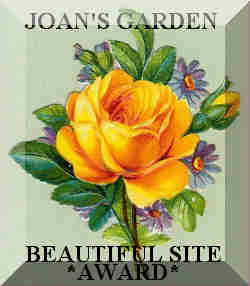 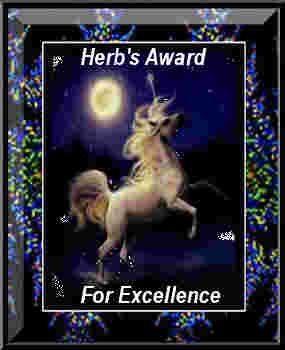 This award was received 8/29/2000 - From Herb. (aka Qnut) This award means so very much to me, not only because Herb is one of the first people I met on the web, but because he has also become one of my most dear and closest friends. Not to mention that I am the FIRST recipient of this award! "Huge Hugs "Herb!!!! 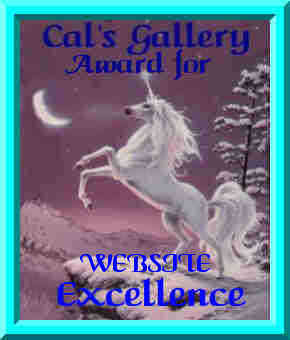 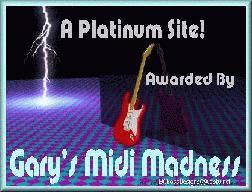 This award from Gary, coming today, 11/21/2000,the day of this site's re-birth, means more to me than I can adequately express! Thank you so much Gary! 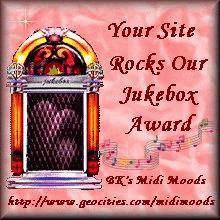 This award was actually received on 12/26/2000. At that time, BK'S Midi Moods was not Webtv compatible. The creators of the site, when made aware of the problem, generously altered it so that all of us would be able to enjoy it! Thank you so much B & K! "Huge Hugs" to you both! 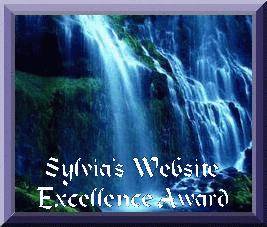 This award received 1/03/2001 From Sylvia! "My Trivial Pursuits" - Her site has lots to offer everyone, from personal opinions to links of great webtv help sites and is certainly worth the visit. 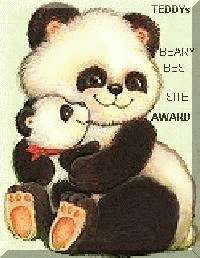 This adorable award was received on 2/27/01 from "Teddy" of "Teddy's Favorite Midi's. Please take a few minutes to visit her growing midi site.

"teddy Bear Hugs" to you Teddy for this great award. 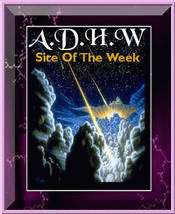 This award received on 3/24/01 from the A.D.H.W. Newsgroup It is my first award to be given by a newsgroup and I am absolutely thrilled by it!

My sincere thanks to all of you in the group!